The Darling Suns just released their album "Midnight Feelings" Aug. 3. It's a melancholy ode to experiencing love and heartbreak and existence through exciting, folky riffs and a backdrop of indie-rock with violin strung throughout. There's not much else like it in the local scene.

As a Chicago-based band, The Darling Suns—consisting of John Stenger on lead guitar and synth, violinist Lindsey Ward, lead vocalist and guitarist Robert Krause, bassist Marshall Hayes and Charlie Dresser on drums—didn't use that as an opportunity to sound like everyone and everything else that's happening locally. With a more relaxed, folk-rock sound, "Midnight Feelings" grasps confidently its role as independent from so many other local "DIY" indie bands, though the new album has been influenced by the local scene. "I grabbed a lot of inspiration from some of the heavy-hitting indie-rock bands coming out of Chicago," Krause says for our interview. The band left for tour a couple days ago, so the interview was done via email, which led to my imagining the band members gathered together typing out answers on their phones during the drive to their first show in Cincinnati. A picture of modern journalism.

Upon first listen of the album, I was pleasantly surprised; I hadn't expected it to be what it was. The band claimed in an interview in May with the Daily Herald they wanted to put something out that would be unexpected, and they certainly did just that. With the contrast between various tracks, such as "Loving You" and "Corner Store"—both officially fan favorites, according to the band's Instagram stories—there is no lack of excitement. "I really wanted to create a sound that was more interesting to me," Krause says. "I felt too contained on our first EP and wanted to experiment with something we were more interested in [as a band]."

"Midnight Feelings" is very unexpected for the modern rock and indie music I'm used to hearing in this city. It truly does express and define, through both instrumentals and lyrics, the lonesomeness I've felt for my entire lifetime as a four (newly discovered, but always true, I've learned). Living with pain at the forefront can often only be satisfied through finding works of art like this one—art that transports you into a mental and emotional state of eternal sad yet embraces and comforts you. I can only hope for that. It can be my greatest confidant in life.


The album is just as intimate and real as it is unexpected. "The most personal aspect to this [record] for me is that the instruments really help tell the story more than the lyrics," Krause explains. "It allows me to really connect with the song in a live setting. Every time we release music, it's like a little part of us is put out there, but I try to leave the song to interpretation. I definitely brought out some of my darker thoughts or moments with this, though."

Something as powerful as the line "loving you is the hardest thing I'll ever know" from the track "Loving You" boasts confidently with the romantic strumming of guitar and distant memories of feeling neck-deep in emotions every time you've gone through a breakup, been heartbroken, taken steps back from a relationship. The song is upbeat mostly. But it's nothing less than longing or false hope. The violin playing softly yet powerfully adds to the significance of how it must feel to be in love. It's crazy to think this entire record was birthed in just a year, which, according to Stenger, is about how long it took to write. He says the recording process took an additional mere two months; some of the song came together a month before studio time. (That's how long it takes to create something beautiful, apparently.)

The record plays on. With no break from the folky-rock vibes in the next song, "Days Go By" offers a more sporadic rhythm and something more light and uplifting after such a somber relationship with the last track. The songs flow beautifully. "It's really nice to listen to our instruments come together as a listener rather than performer," Ward says in the interview about listening to the record after its release. "We get to really appreciate our sound as a group in that way and truly feel how the album moves from one song to another."

More of a soothing piece with a distant strumming of the guitar, the track "Growing" is foggy inside of my head. Faded with time, like a lost memory of someone once loved. The simple chords play gently as an echo fills my ears. It sounds like the track was played in a tunnel or an empty room with a single guitar, microphone and more than enough nostalgia to go around. "It was kind of a whimsical dream; the kind you don't mind remembering. For a minute, I closed my eyes. I saw all of the things that could have been," the song rings. "But I was still right here, and I was still learning to live again." In the interview, Krause explains that the significance of the instrumentals over the manifestation of the lyrics was intentional for "Midnight Feelings." "A big part of the record was saying less and feeling more, which we tried to accomplish through the more moody arrangements," he says.

When "Corner Store" begins to play once again, I ask myself how I could be so eagerly ready to take in its vibey, '70s guitar riffs and synth notes. This is an aggressively inspired track. There's an overall heightened sense of awareness and readiness to take on the world and write everyone to death. "Let's get the hell out of town," the vocalist exclaims in the track. It's hard to grow tired of a song like this. "We're happy with [the album], but of course there are things we would like to change," Krause adds during the interview. "Luckily, we were able to take a new approach at everything with our live performance, and having new members in the band always accounts for some new ideas." I can imagine playing—and experiencing—this track live must be something magical for sure.

The album has been well-received since its release earlier this month, Stenger explains, joking there have been "almost no death threats." "Midnight Feelings" has reached quite an audience in just over a week, it seems, and it's clear why. "People come up to us at shows and tell us they like it—but it's too soon to tell," Krause says.

"We just like bringing people together and allowing them to be themselves and express themselves, so we want to encourage that."


From what I have learned about The Darling Suns through this interview and interacting with them in the ways that I have been able to, they are a genuine and delightfully real Chicago band. They have created a passionate and sincere record that will remain in the hole it has dug deep in my heart (in the best way); I'm sure I'll revisit tracks like "Growing," a dazed articulation of the most intimate parts of the human experience, years later and still feel something deeply. "Midnight Feelings" is a record capable of touching lives, tugging on heart strings and giving you those midnight feelings.

Listen to this record, if you have yet to do so. Come back and listen again later. Feel new feelings; discover new reasons to love through intimate and complicated instrumentals. The "Midnight Feelings" album release show is set for this Saturday, Aug. 17 at Downstairs Subterranean with Splits, Sick Day and Morgan Powers. You know what to do, friends.

See you at Dimo's after the gig. 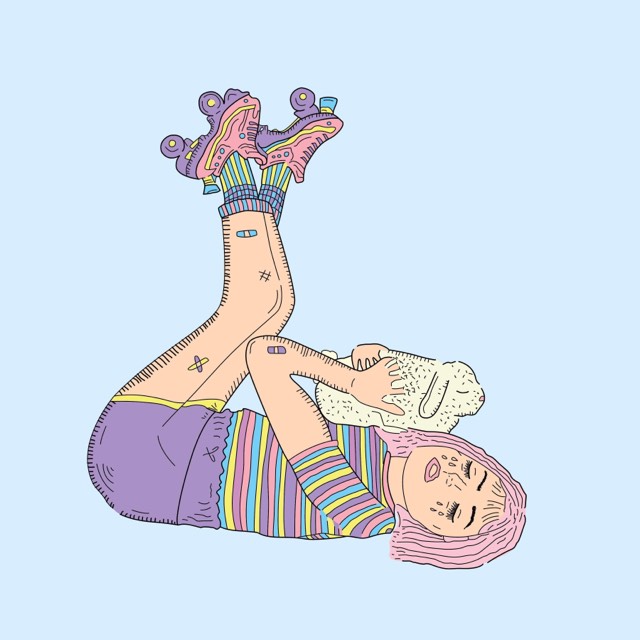 Chicago's own and much-beloved Beach Bunny's first single from the new record "Honeymoon" was released Halloween day, just in time for the start of their Goodbye Summer Tour at Thalia Hall. The track is titled "Dream Boy," and, like every Beach Bunny song, it's a major bop.

The show at Thalia Hall, 1807 S. Allport Street, began around 7:30 p.m. Oct. 31 with Another Michael and Prince Daddy & the Hyena as openers. I was able to catch all of Prince Daddy's set, which came with high energy and immediately got the room moving in preparation for Beach Bunny, which we honestly love!

Like could be expected for any Beach Bunny Halloween Show, the room was packed with a solid amount of bunny ears and bunny costumes, which also led me to wonder what the night would have looked like had everyone dressed in white and pink ears. Maybe iconic. Probably strange, and certainly spooky. While that wasn't the case, the rest of the room dressed up in any mix o… 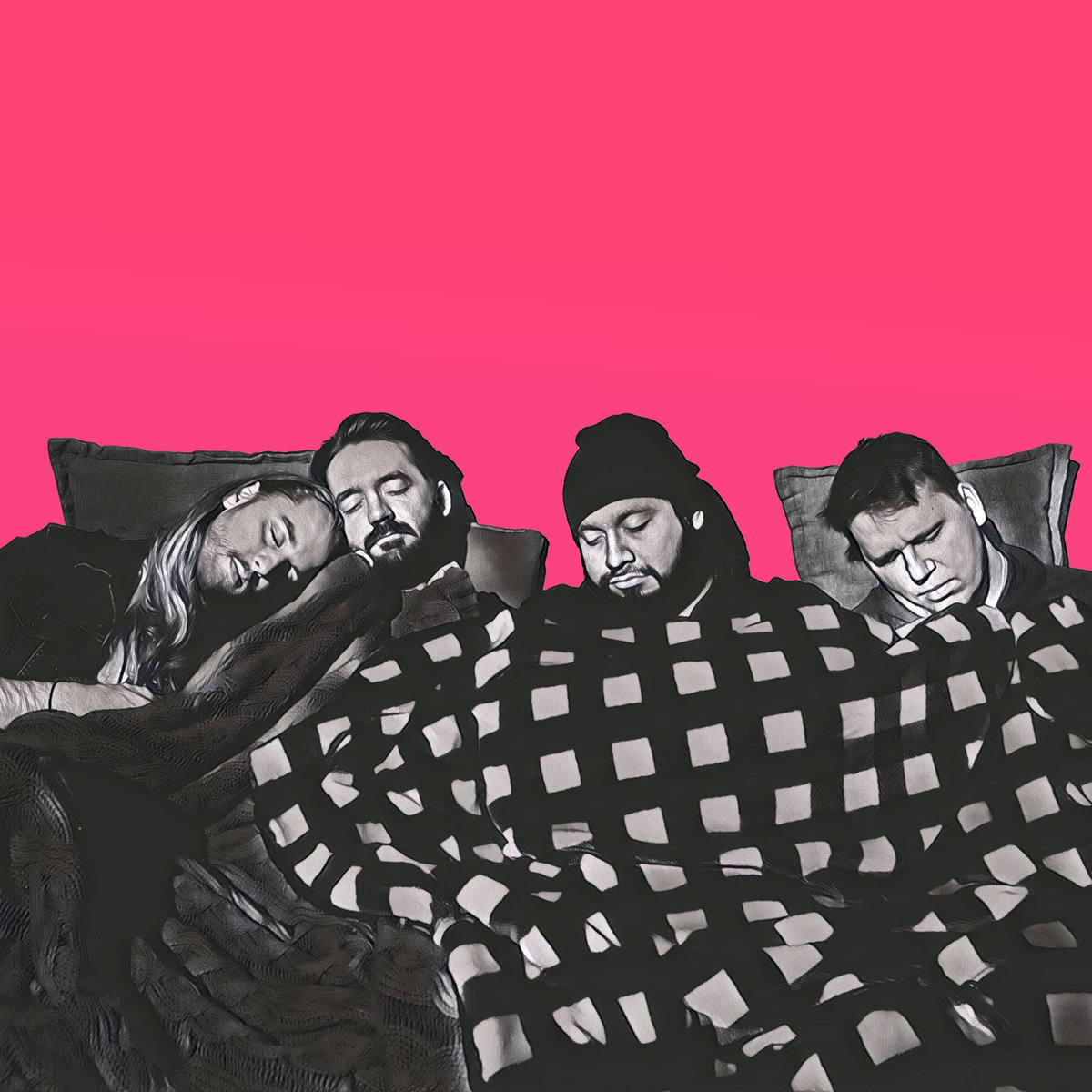 Chicago-based Harvey Fox to release 'Lullabies for the Restless,' a spooky, mind-boggling and equally anxious addition to October

Chicago-based band Harvey Fox's new record "Lullabies for the Restless" is set to release Sunday at Sleeping Village. Like most things about the month of October, lead vocalist and guitarist Colin Fox says the LP-release show should be pretty spooky; regardless of having put off the new record's release at least once before, there's no better time like Halloween time for "Lullabies for the Restless" to be given to the universe. A little gift of all-things mind-boggling, surreal and dreamlike. Sounds like perfect timing to me.

"I really like the concept of trying to musically accomplish the same sort of thing where you're listening through [the music] and you don't really understand what's happening, and you kind of have to make your own story," Fox comments on the soon-to-be-released record and how for the most part the band—made up of Fox on vocals and guitar, Dario Velazquez on drums, Tom Garvey on Bass and Drake Morey on synth—ha… 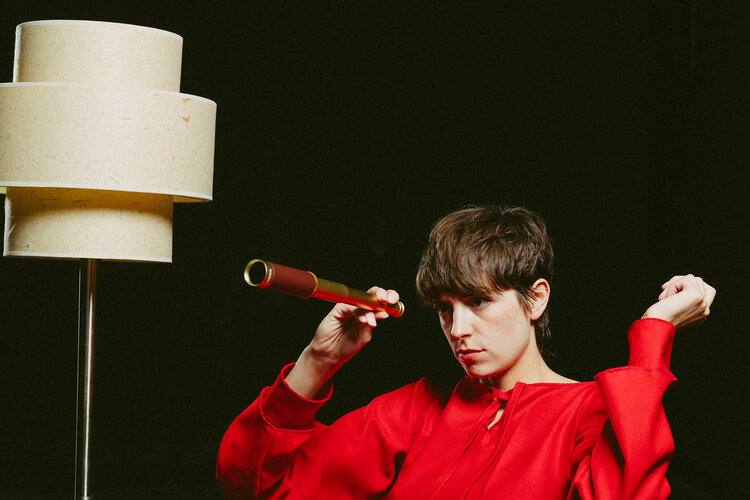 Chicago-based Fran released their debut record, "A Private Picture," Nov. 15, selling out their release show at The Hideout just days later. The record was released with Fire Talk and is a striking and visceral depiction of front woman Maria Jacobson's own life and experiences. "A Private Picture" is collectively a delectable and smooth indie-rock album that presents unexpected hooks, full, atmospheric strumming and a mood that pleads justifiable crying sessions.
"A Private Picture" is mature enough to be included in this decade's top-something records list, for sure, as Jacobson opens up her soul to Chicago listeners and those beyond. She has birthed something here that projects you from reality, tossing you into that cavernous void with nothing but a guitar and soft voice. Fire Talk wrote the release is truth-telling; the songs are a conversation, therapy. That is unarguable.
Fran has delivered in more than one way, providing something more beauti…